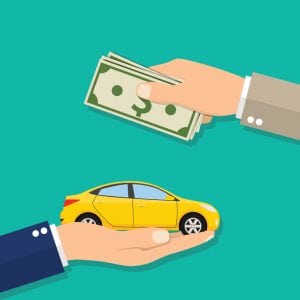 If you’ve tried selling a junk car in the past, you’ve probably already experienced what an enormous hassle it can be. Trying to sell your clunker to a private party buyer is a bit of a nightmare, more often than not. Why? Well, creating an online classified ad requires a lot of work. You’ve got to take photos, post them online, respond to emails, and answer phone calls day and night. And, in the end, you might not ever get a decent offer on your vehicle. You could also call around to scrap yards and junkyards, hoping that someone offers you a decent price and doesn’t try to scam you.

If you’re in southern California, though, there’s another option. Replace Your Ride is a regional effort in the South Coast area, aimed at encouraging drivers to replace their older, heavily polluting cars with newer, cleaner, greener vehicles.

What is Replace Your Ride?

As of 2016, there was an active waiting list in place in southern California with over 1,900 names on it. All of these people had signed up to “replace their ride”: that is, to swap their old, polluting, gas guzzling clunker for something newer.

The government program offers a subsidy to South Coast residents: they can qualify for anywhere from $2,500 to $9,500 in exchange for making the switch to a more fuel efficient, less polluting car.

In 2016, the government gave out more than $5 million in vouchers to over 750 people. Of course, more than twice that many people were still waiting in line for their opportunity to swap their own vehicle for something newer and more fuel efficient.

How does Replace Your Ride work?

The South Coast Air Quality Management District, or SCAQMD, created the Replace Your Ride program in 2015. Over time, dozens of car dealerships throughout southern California became active participants in the program.

Replace Your Ride works like this. First, you file an application online to get the ball rolling. Considering how many people have applied for a subsidy, there’s a significant waiting period involved. So, if you’re interested in the program, you ought to apply sooner rather than later.

If you’re approved, you’ll receive a voucher from the government in exchange for your vehicle. This voucher can be as much as $9,500. With voucher in hand, you can go to a participating dealership in southern California and purchase a newer, fuel efficient vehicle.

What if I don’t live in California?

If you’re not in southern California, you won’t be eligible for the Replace Your Ride program. Fear not, though: all hope is not lost! If you have an old junk car, or even just a beat up old vehicle that’s a real gas guzzler, you can sell it to an auto recycler like Junk Car Traders. Or if you are in California but selling your junk car sounds more appealing then check us out. We buy old vehicles nationwide, and we always pay in cash. You can use the payment you receive to purchase a newer, more efficient vehicle. To learn more, visit JunkCarTraders.com.