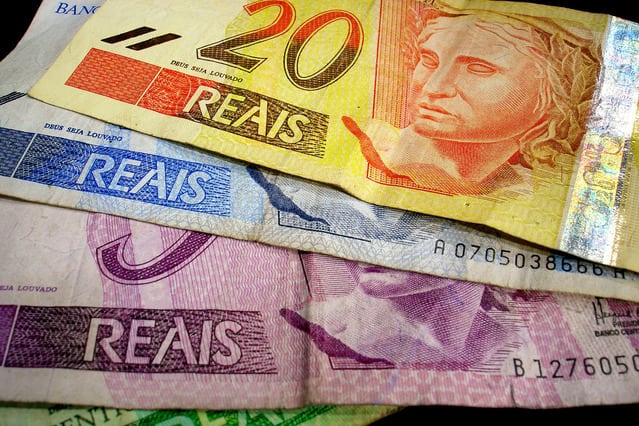 Earlier this year, President Donald Trump announced plans to levy tariffs on imported steel and aluminum in the United States. The first wave of tariffs applied to billions of dollars in Chinese imports, with China drawing up tariffs of its own shortly thereafter on U.S. goods. More recently, the Trump administration declared that the U.S. would also impose tariffs on steel and aluminum imported from the E.U., Mexico, and Canada. These tariffs would be sizable: 25% on steel and 10% on aluminum, respectively.

When European Commission president Jean-Claude Juncker and Canadian Prime Minister Justin Trudeau vowed to retaliate, Trump dug in his heels even further. This has left many Americans asking an obvious question: what impact will these tariffs have on the economy? As a national junk car buyer, Junk Car Traders understands that you might also be wondering how these new tariffs could affect the junk car industry. Will scrap metal prices go up, effectively increasing the value of your car? Or can we expect to see the market bottom out suddenly, much in the same way that it did several years ago?

We’ve put together this blog post to help you understand exactly what these tariffs mean for the price of scrap metal — and, in turn, the value of your junk car. Read on to learn more.

Steel and Aluminum Tariffs: Effect on the Economy

When it comes to assessing the impact of these tariffs on the U.S. economy, there’s no way to offer a quick, simple, straightforward analysis. That’s because the tariffs apply to raw materials that are used in a wide array of products. As a result, some industries may benefit from the tariffs while others may see an increase in costs — along with potential supply shortages.

If we zero in on the auto industry in particular, we can see what effect the tariffs will likely have over the course of the next year. Consider for a moment how the auto industry currently works in the United States. On the one hand, you have steel and aluminum manufacturers in the U.S. that supply the raw materials of automobile production. On the other, you’ve got U.S. automakers who use that steel to turn out over 17 million new cars per year. Of course, U.S. automakers don’t have to purchase all of their steel and aluminum from U.S. companies. And, in fact, it’s quite common practice for automakers in the United States to important cheap steel and aluminum from overseas (particularly from countries like China, and to a lesser degree Canada).

On the flip side, there’s a significant amount of concern amongst industries that consume large amounts of aluminum and steel. That’s because their access to cheap raw materials could quickly evaporate, forcing them to source more expensive domestic alternatives. U.S. steel and aluminum suppliers may not be able to keep up with the rising demand of domestic manufacturers. In fact, this is likely to be the case for years to come: U.S. aluminum and steel production has fallen off over the years, and it will similarly take years to ramp back up. As a result, U.S. manufacturers could be forced to source expensive imports in addition to pricy domestic steel and aluminum. The end result would be soaring manufacturing costs in virtually every industry that uses large amounts of these raw materials as part of its production model.

While domestic manufacturers of steel and aluminum can look forward to higher prices for their goods, those increased profits could translate to higher consumer product prices for the average American. Whether it’s a can of soup made out of aluminum packaging or natural gas delivered via metal piping, virtually any consumer product involving the use of steel and/or aluminum could increase significantly in price. And, as you can imagine, the number of consumer goods that involve one or the other of these raw materials as part of the production process is quite high.

The Impact of Trump’s Tariffs on Junk Cars

Still, the question remains: how exactly will these new steel and aluminum tariffs impact the scrap metal market? Will junk car recyclers earn more or less as a result? As a consumer, can you expect to fetch a good amount for your scrap vehicle? Or, will you find yourself wincing at the prices offered to you by junk car buyers?

As with other sectors of the economy, it’s impossible to be 100% certain about the impact that these tariffs will have. Predicting the future isn’t something that can be done, particularly when it comes to changes in the economy.

That said, chances are good that these tariffs will be a positive thing for both scrap steel and aluminum producers (such as junk car buyers) as well as consumers looking to sell their scrap materials (such as junk car sellers). When you consider that almost half of the scrap metal produced each year in the United States comes from junk cars, it’s easy to see just what a large share of these potential benefits will be reaped by the junk car industry.

Nevertheless, the dynamics of international trade can be incredibly complex. With this in mind, one of the best ways to consider the impact of the steel and aluminum tariffs on the junk car industry is by looking at several possible scenarios. Depending on how things play out both nationwide and abroad, the junk car industry may or may not benefit directly. Let’s look at three potential outcomes of the tariffs, along with how those outcomes could impact both the junk car industry as a whole and you as an individual junk car seller.

First, we’ll look at how the tariffs could (in theory) potentially have a negative impact on the junk car industry at large.

In the worst case scenario for scrap metal producers here in the United States, domestic industries which consume large amounts of scrap metal (such as the auto industry) simply decide that they can’t afford to pay the prices demanded by domestic steel and aluminum suppliers. With the rising cost of imported raw materials, these industries begin to move their operations offshore. By manufacturing a vehicle in an offshore plant, an auto manufacturer could continue to pay cheaper international prices for steel and aluminum. If these raw materials aren’t physically imported into the United States domestic market for use here at home, the tariffs won’t apply. This sort of scenario could come about immediately (if auto manufacturers and other industries decide that they simply aren’t willing to pay higher domestic prices), or it could eventually occur as a result of lower consumer demand following price increases. These price increases would be due to the higher cost of raw materials following the introduction of the tariffs.

Regardless of whether this scenario were to come about right away or some time later, the impact on the junk car recycling industry would likely be the same. The demand for domestic scrap would plummet, as very little manufacturing requiring steel and/or aluminum would take place in the United States. As demand for scrap metal decreases, the amount that junk car buyers are able to pay for vehicles would go down, too. As a result, consumers looking to sell their junk car could expect to receive less cash in return.

The severity of this sort of “worst case scenario” situation is dependent upon a lot of specific, individual factors. What percentage of manufacturers choose to move their plants offshores? How much demand is there for domestic steel and aluminum as a result? The sheer fact of steel and aluminum prices increasing may not be enough to drive a significant number of manufacturers and industries to outsource their production, which could mean that the negative impact on the junk car industry could actually be fairly limited (even in a worst case scenario).

Depending on how things play out, the majority of U.S. industries which utilize raw steel and aluminum may not simply up and move their operations offshores in a short period of time. A more likely scenario involves these industries simply reducing their production somewhat.

Simply put, the recently announced aluminum and steel tariffs are likely to result in higher prices for manufacturers, which will translate into higher prices for consumers. As consumers are faced with the prospect of paying more for products that they’re accustomed to getting at a cheap price, the demand for certain goods will likely decrease. As consumer demand goes down, the accompanying supply will decrease as well.

As this occurs, the price of domestic steel and aluminum is still likely to increase somewhat. However, it’s rather unlikely that this increase will be accompanied by a sharp rise in demand from manufacturers as well. As a result, there may be a slight increase in profits for junk car buyers, but only a small one.

Overall, this scenario is good for the junk car industry and junk car owners alike. However, junk car sellers would only see a small increase in the amount that junk car buyers are able to offer for their vehicle. Still, this is a significant improvement over the worst case scenario outlined above.

Finally, we have a best case scenario (at least, best case for the junk car industry and junk car sellers).

In this scenario, industries and companies which use raw steel and aluminum opt to continue their production at current rates. They do so in spite of the increased cost of materials, opting to simply raise the prices of their goods. Rather than shying away from purchasing these products, consumers continue to buy at normal volumes as well. As a result, both the price of and demand for domestic steel increases as domestic industries move away from imported steel and aluminum (which are now 25% and 10% more expensive respectively due to the tariffs).

As the demand for domestic aluminum and steel increases, the junk car industry finds itself in an incredibly favorable position. Essentially, junk car buyers are able to move as much steel and aluminum as they can get their hands on, and they can command prices higher than anything they’ve experienced in many, many years. This means that junk car buyers will need to bring in as many junk cars as possible for scrapping. As a result, junk car buyers will begin to compete with one another for the business of individual junk car sellers.

If you’re looking to sell your junk car, this is an ideal scenario for you. Not only will every junk car buyer in your area be ready to purchase your vehicle at the drop of a hat — they’ll also be prepared to pay you a pretty penny for it. Your junk car could be worth more than you’d ever imagined, and junk car buyers will be happy to pay you that hefty price due to the favorable market for scrap.

Regardless of which of the above scenarios plays out, it’s important to choose a junk car buyer that you can trust. Junk Car Traders pays more for junk cars than anyone else in the industry, and our customer service is second to none. If you’re ready to sell your junk car, make sure you get the most cash for your vehicle: call Junk Car Traders today at 844-951-1030.

How to get the most for your junk car.